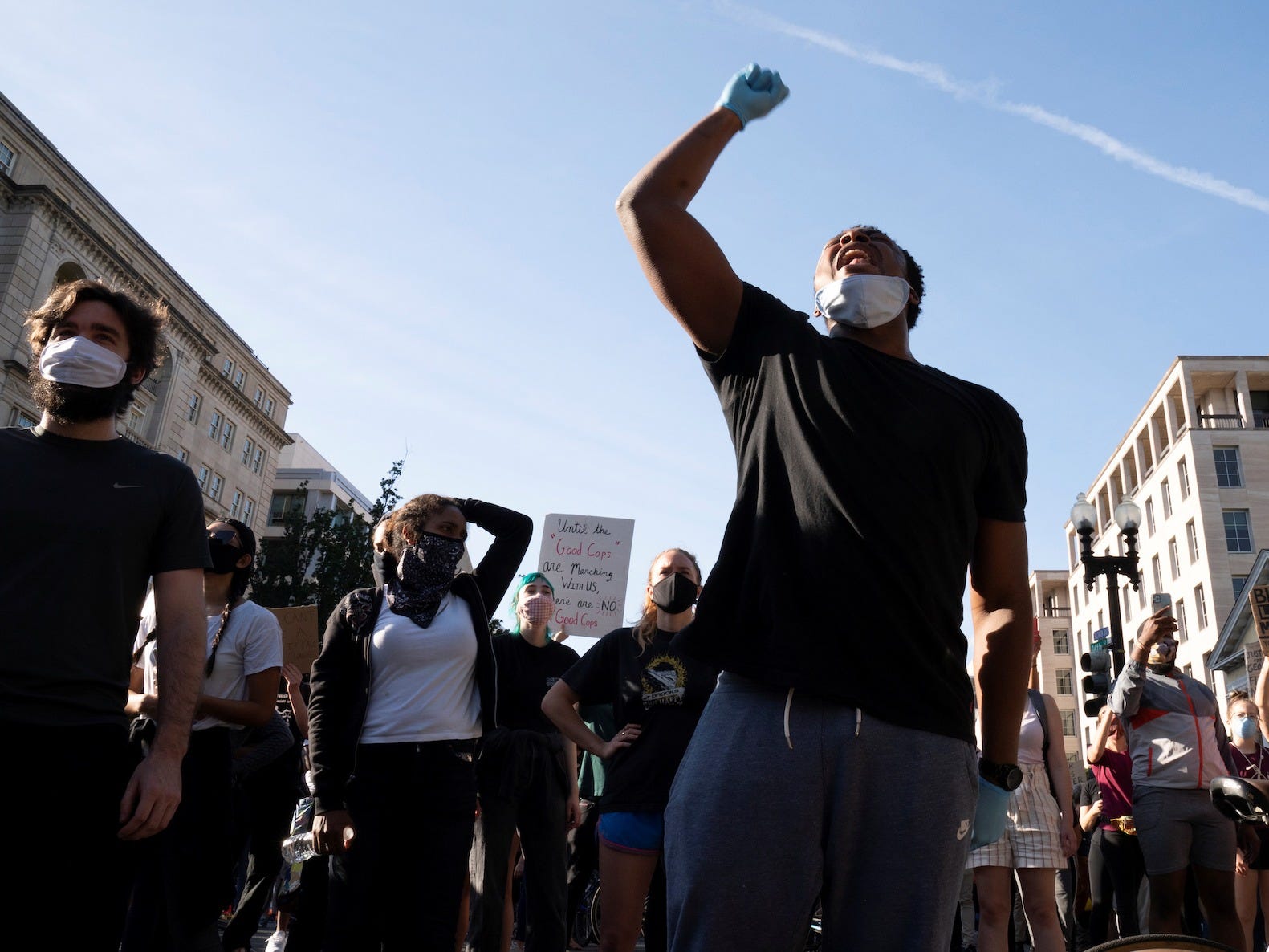 Protesters peacefully protest minutes before riot police moved to clear the demonstrators out of Lafayette Park in June.

New court documents show how police can use facial recognition tech on videos posted on social media platforms such as Twitter to track down suspects.

According to the court documents seen by the Post, the man pulled a police officer to the ground and punched him in the face. Police tried to apprehend him, but he escaped.

An officer found a video of the man that had been shared on the social media site, the report said. An image from that video was then fed into a facial recognition system used by law enforcement called the National Capital Region Facial Recognition Investigative Leads System (NCRFRILS), the paper reported.

The system returned the name of a man called Michael Joseph Peterson Jr., and police said they found a backpack left at the scene containing Peterson’s ID, according to the court documents.

Peterson was then charged with two counts of assaulting an officer and one count of obstructing law enforcement, per charging documents seen by the Post.

This is a rare insight into exactly how law enforcement deploys facial recognition in tandem with social media.

Both civil rights organizations and AI experts have voiced concerns over police use of facial recognition. The technology has historically displayed racial and gender bias, more frequently misidentifying women and people with darker skin tones.

“That is not a sustainable way to integrate new technologies into the policing architecture in the United States, and it’s going to result again and again and again in civil rights violations,” American Civil Liberties Union facial recognition Kade Crockford told the Post.

Crockford added that there are probably many more cases where facial recognition has been deployed to make an arrest without the information being made public.

News broke in June of this year of the first documented wrongful US arrest involving facial recognition. A Black man in Detroit was detained for 30 hours before police realized he had been wrongly identified.

Fairfax County Police Major Christian Quinn, who leads the pilot program for using NCRFRILS at the Metropolitan Washington Council of Governments (MWCOG), told the Post the technology is only ever used to surface leads, not as probable cause for arrest.

“I would not usher in a tool that imposes on people’s right to privacy, anonymity and civil rights,” Quinn said.

He added that the system has so far thrown up 2,600 leads — although he did not say how many of these led to arrests.

Students develop tool to predict the carbon footprint of algorithms In a new study, researchers find that few adversarial techniques purporting to protect against surveillance AI have ... Over the last couple of years, it has become increasingly clear that many democratic governments have been ...